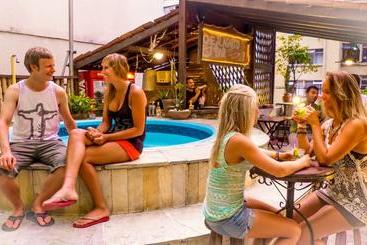 In a great location, this Che Lagarto is only 3 blocks from Copacabana Beach and 1 block from Cardeal Arcoverde subway station.... 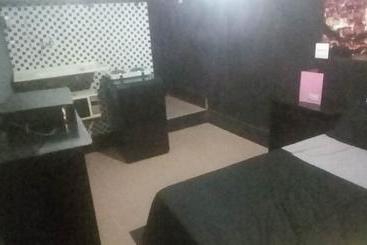 Residencial Carvalho is located in Rio de Janeiro and provides accommodations with a terrace and free WiFi, 1.5 miles from... 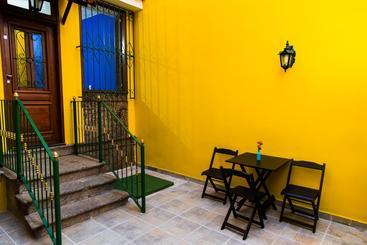 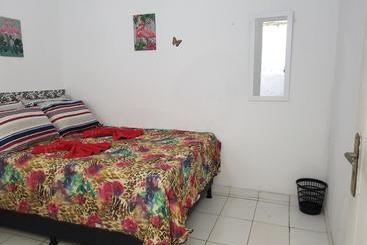 Conveniently located in the Botafogo district of Rio de Janeiro, Pousada Sobrado Botafogo is located a 7-minute walk from... 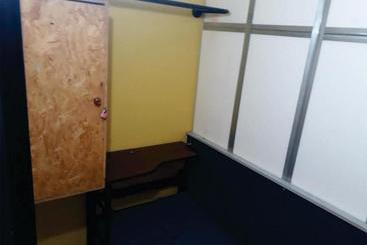 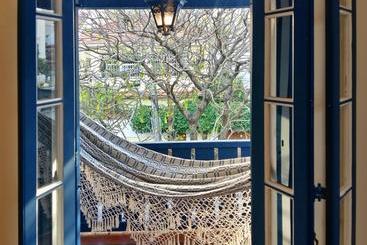 Located in Rio de Janeiro and with Botafogo Beach reachable within a 17-minute walk, Farfalla Guest House has express check-in...

Commonly known as Rio, the citys full name is actually San Sebastian de Rio de Janeiro. A metropolis renowned the world over for its vibrancy and its inhabitantsknown as cariocasit is considered by many to be the prettiest city in Brazil. La ciudad maravillosa, (the wonderful city), as it is also known, was the capital until this title transferred to Brasilia. At the present time, Rio de Janeiro is known world-wide for its carnivals, beaches, wonderful natural surroundings and for the natural sculpture of Corcovado Hill.

The creation of Rio de Janeiro goes back to the beginning of the 19th century, when many expeditions were made to the Americas. Due to its port, Rio soon became a strategically important point for the traffic of people and materials, which entailed the construction of a great fortress and the development that followed.

Located in Guanabara Bay, Rio boasts a tropical climate that makes it suitable for a visit at any time of year. This generous climate has forged the citys global reputation among beach-lovers, particularly Copacabama and Ipanema. Another symbol that characterizes the city and demonstrates the local character is the location of the majestic Christ the Redeemer at the top of Pao de Azucar (or Sugar Loaf). The postcards one can send from Rio are innumerable, any one of which depicts the greatest aesthetic value. A city of enchantment and diversion, of multitude activities: Rio de Janeiro is a unique place in which to amuse and lose oneself, a place where anything is possible.
See more See less

It depends on the category of the hotel. If you want to stay at a 4-star hotel in Rio de Janeiro, the average price per night is €18, while you will pay an average of €16 for a 3-star hotel, and in a more luxurious 5-star hotel, you"ll pay around €47.

You can make reservations at Hotel Belmond Copacabana Palace, Hotel Hilton Copacabana Rio De Janeiro and Hotel Rio Othon Palace if you"re looking for a hotel with valet service for your visit to Rio de Janeiro.

The best hotels in Rio de Janeiro for adults only are Hotel Pousada Casario and Hotel Arena Copacabana.

According to our clients, if you´re travelling with children, the best hotels in Rio de Janeiro are Hotel Hilton Copacabana Rio De Janeiro, Hotel Belmond Copacabana Palace and Hotel Arpoador.