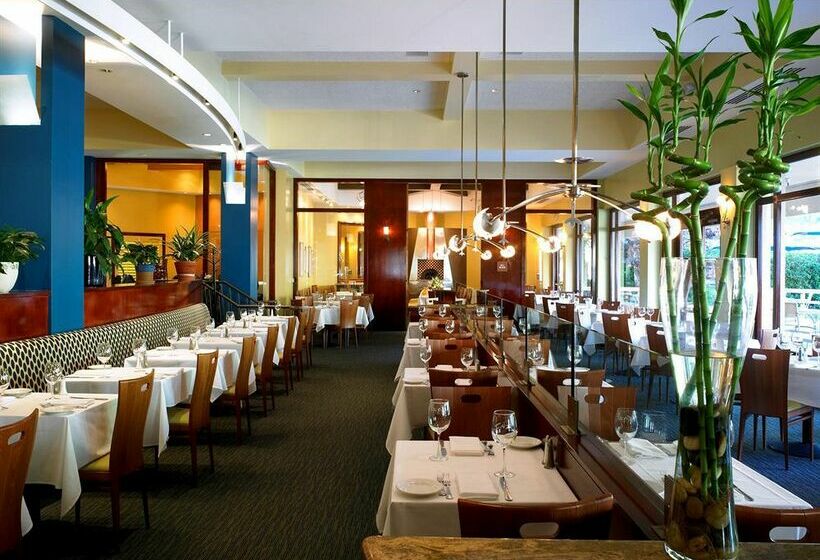 With a stay at Sheraton Sunnyvale Hotel in Sunnyvale, you'll be in the business district and minutes from Cogswell Polytechnical College and close to Computer History Museum. This hotel is within close proximity of Yahoo Headquarters and Hacker Dojo. Be sure to enjoy recreational amenities, including an outdoor pool, a spa tub, and a fitness center. Additional amenities include wireless Internet access (surcharge), concierge services, and gift shops/newsstands. Getting to nearby attractions is a breeze with the complimentary area shuttle that operates within 5 mi. Featured amenities include high-speed (wired) Internet access (surcharge), a 24-hour business center, and express check-out. Planning an event in Sunnyvale? This hotel has 5,000 square feet (465 square meters) of space consisting of conference space and meeting rooms. A roundtrip airport shuttle is complimentary during limited hours. Make yourself at home in one of the 173 air-conditioned rooms featuring flat-screen televisions. Satellite programming provides entertainment, and wired and wireless Internet access is available for a surcharge. Bathrooms have shower/tub combinations and hair dryers. Conveniences include phones, as well as desks and complimentary newspapers.